Capitalism and War unleash human biology in recombinant and hybrid ways. In this sense the human begins to actively restructure itself. And, militaries and companies are the ones that are exploring such processes most intensively. Such invisibility begets all kinds of trauma, deformation, and amnesia-cal qualities in a species toto. It boggles my mind. This is happening. Much has likely already happened. The big nation states have only ever been war machines, no?

And corporations eased themselves into alignment over much of the last century. Corpor-national phenomena.

They are our militarily industrialized complexities, within which secrecy abounds

This evacuates and exhausts me. I suspect it exhausts those within and outside what we might consider to be the spectrum between secrecy and propriety. Secrets of trade and otherwise.

Our missing cores, our absent presences.

We, as a species, are dangerous. And we are self-destructing.

And its as if there is nothing we can do…this is what we are made of. This is the tissue, the latticework of ages. These last remnants of (en-machinated) language.

These gasps, if you will. #languageisleavingus

I repeat: This is a species that will be content to self-destruct, given it was functionally built upon machines of war, first and foremost. As we extend into the nucleus of not just the atom, but of the cell. As mere decades pass. (And to think we’re still here.)

I don’t want to be a part of it, for the most part. But here we are. This is what extinction feels like. And we are doing it to ourselves. #autocolonialism

Capitalism and War unleash human biology in recombinant and hybrid ways. This happens not in decades, but in years. #talesofthelatehuman

We are bound for it to be this way. We lead with our own complicity in all of it. This is the human, of late.

We are the extinction event.

(Make of this word and brain salad what you will. Words fail me.)

All of the epiphenomenal shit we pay attention to amounts to this: extraction. We are not only being colonized, we are cannibalizing ourselves in the process. Virtually every facet of liberalism has failed atrociously in this new century and the United States has not only managed to architect but instantiate the o breakdowns. In other words, what is failing abroad is failing at home. Events parallel one another inside, outside, outside, in. Historians recognize that empires come and go. That they iterate their own undoings in the process of decline.

The architects of a new world have agreed to manage with securitization. We heighten the threats we ourselves are producing. See how it churns. See how it burns. In. Slow. Motion. Reality.

That’s why we are now late everything – late modern, late capitalist, late individual, late human. (If indeed we were once human, we most certainly have now ceased to be.)

And I’m just speculating here (what are YOU doing?):

Because soon, even the languages will have left our bodies, secreted into the (print) machinery of words generated by bodies. Words, codes, now spending untold life cycles within machineries brought to life, bringing to life, #us. (Did this happen first with numbers? It happens now with written languages. It has scaled rapidly in the last decade in relation to spoken languages. The machinic glitches have started to appear in speech. The new aesthetic becomes, always was, dialect.) Something turns. Churns. This is how we became, always were, were always becoming…other things. Perhaps this is the time to embrace the cruel perversity of colonialisms and imperialisms and powers and religions, and everything everything after. This is how we became. This is how we never were. This is something else. We are no longer. #us

This is also a dialect of machines speaking me. Not a question of wondering when and if anymore. This is happening.

And we ALL know it.

And these were just words asking what happens when global proprietary concerns compete/consort to bend and shape mass realities in a priori, let alone real time(s). The proliferation of the image has meant that the war is incipient in everything we see, everything we experience. Why should I care? Why should I care? We are special only insofar as we have never been…any one thing. This is language at its everyday. Produced and propagated through expansion and only thus.

Is this tyranny? Is this human? Does it matter? 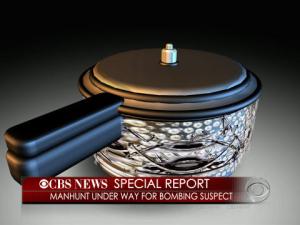 Charging this kid with using a Weapon of Mass Destruction invites blowback. (And we should take note of the tortuous legal definitions and history of the deliberately ill-defined concept of WMD’s.)  In what ways are such acts of classification and naming NOT an invitation to escalate? Does this not give incentive to malcontents, whatever their background or intent? Now you too can be on the same footing as a Saddam Hussein or, more recently, a Bashar al-Assad.

This charge of using a WMD strikes me not as threat prevention but, rather, as threat propagation. And, in this sense, charging a 19 year old boy for making a WMD with ingredients that could be bought at any Walmart is a fitting and consistent continuation of this pattern, where militaristic escalation drives both a ‘war on terror,’ as well as defending the security of a ‘homeland.’

We all knew it was going to happen. Chronicle of a war foretold. I hope, during this anniversary, the press will be willing to rigorously cover themselves. But the American ‘press’ has a malicious habit of almost never doing so. Which is why we need comedians, I guess. They do the (media) criticism that the press, or politicians, or corporations systematically try not to do. (The irony of being able to capitalize on outrage as part of the information-entertainment complex is not lost on many of us.) It’s not that such criticisms don’t exist in the public sphere. Rather, they just don’t exist for very long. They are never the stories upon which we can dwell, contemplate, think. None of the aforementioned institutions can soundly or ethically examine their own underlying structures. They exist as phantasms of their own doing, their hidden underbellies are always to be protected.*

And why would such institutions examine the basis for their own being, their wealth, their profit? Their hold on power relies upon one another. They exist for one another. Their animating  competition is a myth to which we are all told to subscribe. And that is planetary. And that is neoliberal capitalism. And that is why the United States is not really a  a democracy. After 9/11, we accelerated the colonization of ourselves. And, yet, this may be a very good thing. Depending, of course, on how you look at it.

*They pay fines of various sorts to absolve themselves of their own corruption. Guilt never has to be admitted. Not the first time in history this has ever happened.  And as (if?) the species goes forward, probably not the last. We will all, of course, pay for these sins.  The act of writing is obscure in the face of such power. So am I. But the obscurity of billions may still have value.